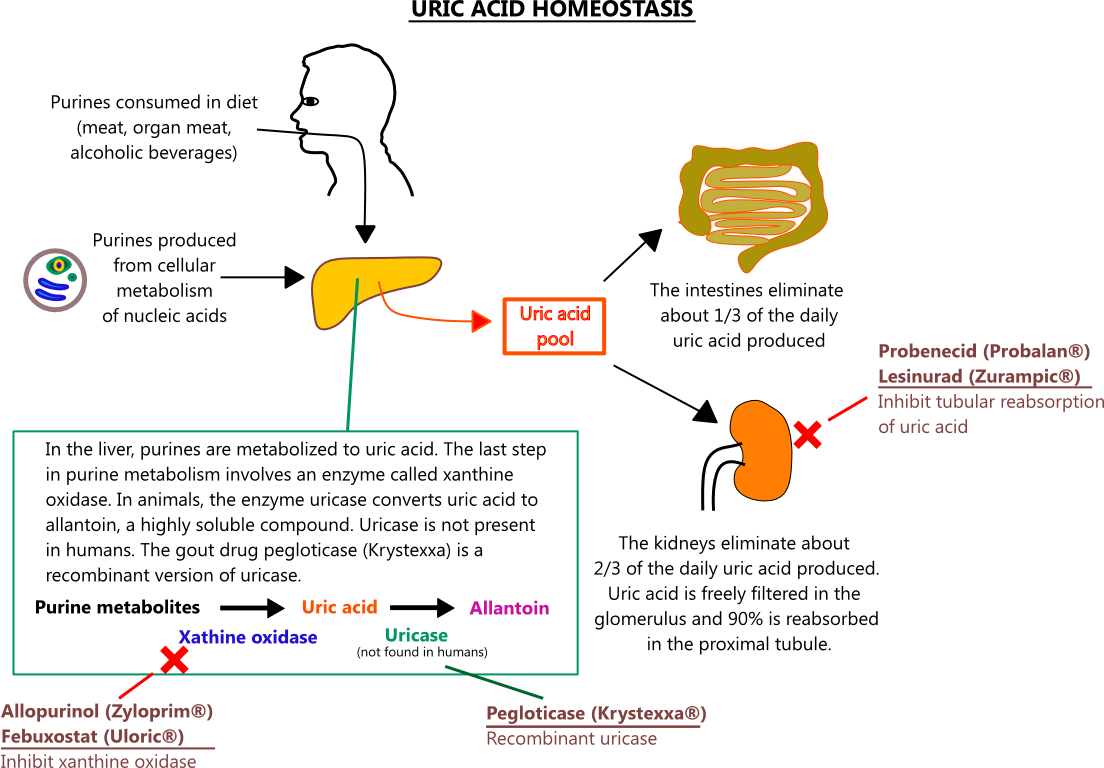 
Findings: Among patients with chronic gout, elevated serum uric acid level, and allopurinol intolerance or refractoriness, the use of pegloticase 8 mg either every 2 weeks or every 4 weeks for 6 months resulted in lower uric acid levels compared with placebo.