Sleep apnea diagnoses have skyrocketed, but is there any benefit in treating it?
Straight Healthcare
July 2022 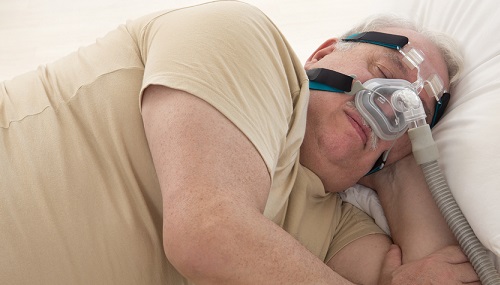 Obstructive sleep apnea (OSA) awareness has increased dramatically over the past 10 years, to the point that patients frequently come in requesting sleep studies - oftentimes a significant other has noticed symptoms, or the patient is concerned about daytime fatigue. Sleep medicine has become such a big part of healthcare that a quick Google search of "sleep study" brings up over 20 sleep centers within a 15-mile radius of my location, Austin, Texas. Insurance companies reimburse overnight sleep studies at a rate of $650 - $1200, and the average CPAP machine costs $500 - $800, not including maintenance. With 6 million people in the U.S. diagnosed with sleep apnea, it's easy to see that it is becoming a significant healthcare expenditure. Given the amount of resources and attention sleep apnea has garnered, it would seem that diagnosing and treating it has important benefits. Assumptions in medicine, however, are often wrong.

First, let's review the sleep apnea diagnosis, which is based on the apnea-hypopnea index (AHI). An apnea is a total cessation of airflow lasting at least 10 seconds, and a hypopnea is a reduction in airflow of ≥ 30% lasting ≥ 10 seconds accompanied by a decrease in oxygen saturation. Add the number of these two events up and divide them by the total sleep time in hours, and you have the AHI. OSA categories are as follows: (1) Mild AHI 5 - 14, (2) Moderate 15 - 29, (3) Severe ≥ 30. It will probably surprise many people to learn that these definitions are mostly arbitrary, since a cross-sectional study to define a "normal AHI" in a healthy, asymptomatic population has never been performed.

In the two large studies above, CPAP had no effect on cardiovascular outcomes in high-risk populations. In both studies, average CPAP use was around 3 hours/night. Subgroup analyses of more compliant patients (≥ 4 hours/night) also found no effect. Diastolic blood pressure was slightly better in the CPAP groups by 1 - 3 mmHg, but there was no effect on systolic blood pressure. CPAP-treated patients in the first study had significant improvement in daytime sleepiness compared to the usual care group, but subjective outcomes in unblinded studies are suspect.

Does CPAP improve health and well-being in some people? Maybe, but there sure seems to be a lot of zeal and spending on something with no proven benefit. That probably won't surprise anyone who has been in healthcare for very long.