The CDC recommends that everyone get a pneumonia vaccine at some point, but there is little evidence supporting their efficacy
Straight Healthcare
December 2022 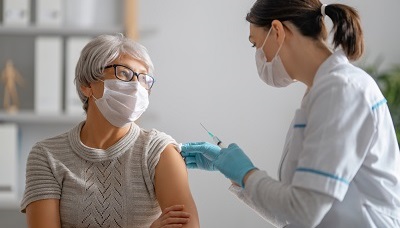 Pfizer and Merck introduced two new pneumococcal vaccines in 2021, bringing the number of adult pneumonia vaccines to four. The Pfizer product is Prevnar 20, and the Merck product is Vaxneuvance. With all these vaccines and a blanket recommendation from the CDC that every adult receives one at some point, one would think they must be highly effective. Like a lot of things in medicine, though, the evidence doesn't always support the guidance. A breakdown of each vaccine is provided below, along with recommended schedules and a review of their efficacy.

So, just how effective are pneumococcal vaccines? There is no real-world data on the two new vaccines (PCV20 and PCV15), as their approvals were based on antibody titers, a surrogate endpoint. The largest randomized controlled trial to look at the efficacy of pneumococcal vaccines was performed in the Netherlands, where 84,496 adults aged 65 years or older (mean age 73 years) were randomized to PCV13 or placebo. After an average follow-up of 3.97 years, 0.32% of patients who received PCV13 had confirmed pneumococcal community-acquired pneumonia (CAP) compared to 0.41% in the placebo group (p=0.05). The PCV13 group had a lower incidence of CAP caused by pneumococcal strains covered in the vaccine (0.15% vs 0.25%, p=0.003), but there was no significant difference in overall cases of CAP (1.8% vs 1.9%, p=0.32) or all-cause mortality (7.1% vs 7.1%). [PubMed abstract]

Vaccine approvals translate to big bucks for pharmaceutical companies, especially if they can become part of the CDC's routine vaccine recommendations. This means millions of people will receive the vaccine each year without question when their provider recommends it; not to mention, many providers are "graded" by Medicare and other healthcare entities on the vaccination status of their patients. The CDC's Advisory Committee on Immunization Practices has already recommended that PCV20 replace PPSV23, and Pfizer is running ads suggesting people get PCV20 even if they've already had another pneumococcal vaccine.

There is no question that vaccines save lives, but in some cases, the overall benefit is debatable, and it seems fair to question recommendations that call for the routine vaccination of large populations. Unless PCV20 and PCV15 prove to be far superior to PCV13, we'll have two more vaccines that lower the risk of pneumococcal CAP by around 0.10% while having no effect on mortality.